Tracking project progress using Gantt charts in Qlik Sense has become even easier with the latest update of our dedicated extension! Learn about the just-released features and improvements below. Then update to the newest version of AnyGantt for Qlik and check them out in action!

Now the actual bars can be automatically colored depending on the current status compared to the baseline plan. In this way, the variances between the present and original schedules are prominently highlighted and therefore comprehended at a glance.

Such an advanced visualization will make it easy to evaluate progress and performance in real time, enabling you to quickly spot tasks that lag behind the plan along with their estimated time of completion.

Milestones can now be put on not only actual but also baseline elements, which makes project planning and tracking with our Gantt charts even more efficient and streamlined.

So first you can schedule any important dates such as meetings, approvals, phase completions, and other major events or goals. Then it is easy to visually compare the actual milestone dates to the initial, baseline project plan.

As always, we have also made a bunch of improvements to the existing mechanisms. The most significant ones are:

Learn how to configure a Gantt chart in Qlik Sense making the most of our extension:

Get and enjoy the latest version of the Gantt chart extension:

In case you missed it, we have also released three unique visualizations for Qlik Sense: Decomposition Tree, Deluxe Combo Chart, and Versatile Circular Gauge. Check them out too, ask us questions if any, and let us know if you lack anything else Qlik Sense!

ICYMI: We partnered with Qlik to bring new data visualization choices to the Qlik platform via intuitive extensions for Qlik Sense. Give them a try — download, see demo apps, or book a live demo session. 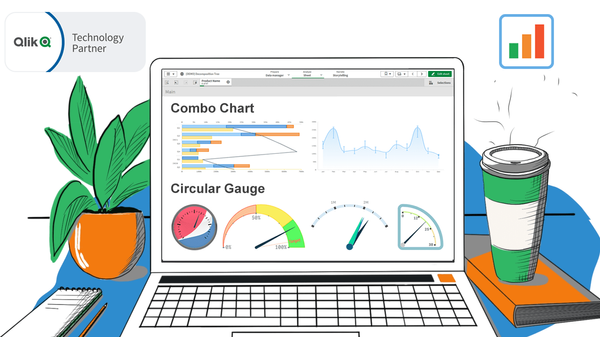 Our combo chart and circular gauge provide more and better ways to view metrics at a glance in Qlik Sense. Get a quick tour of the new extensions! 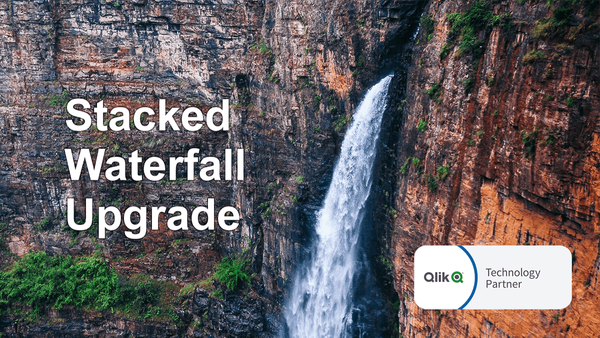 A bunch of new great capabilities are now available in the Stacked Waterfall Chart for Qlik Sense. Find out what we have added in the latest release of our Qlik extensions!