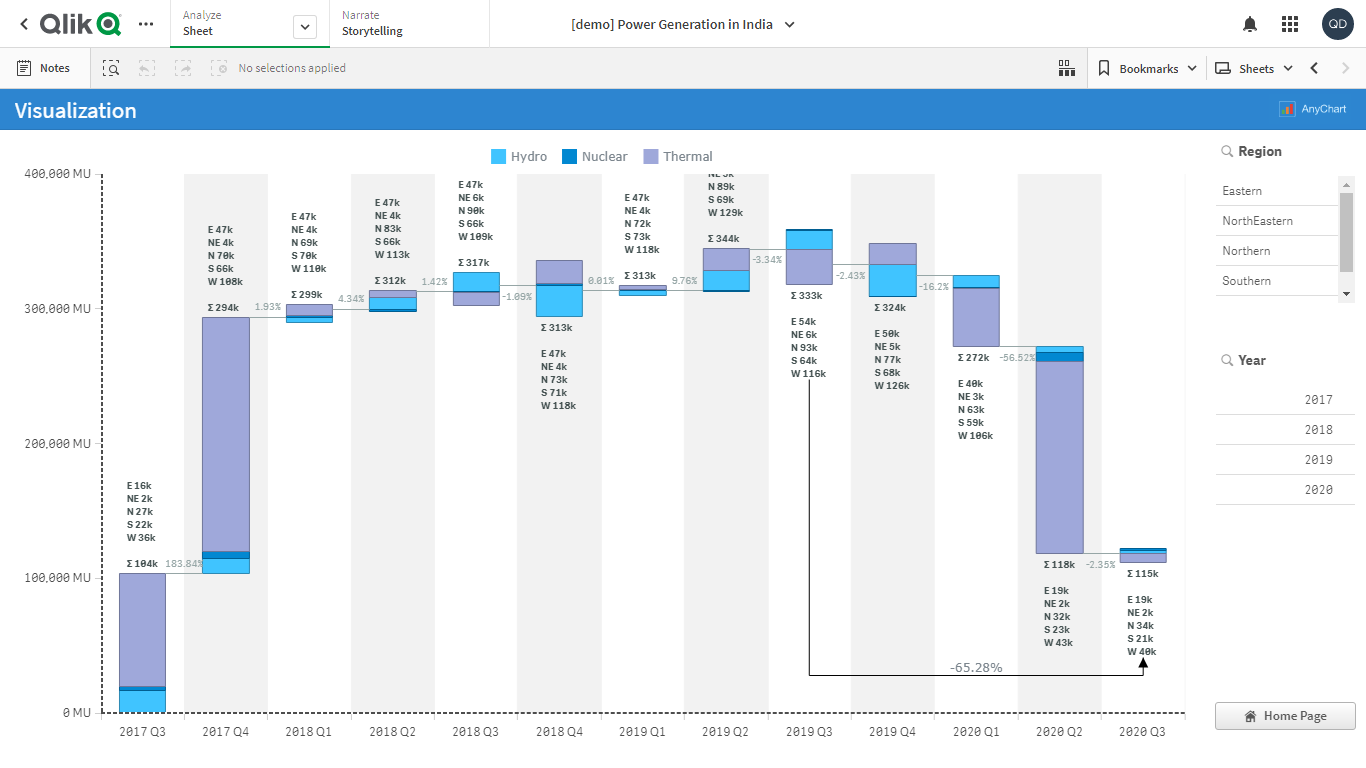 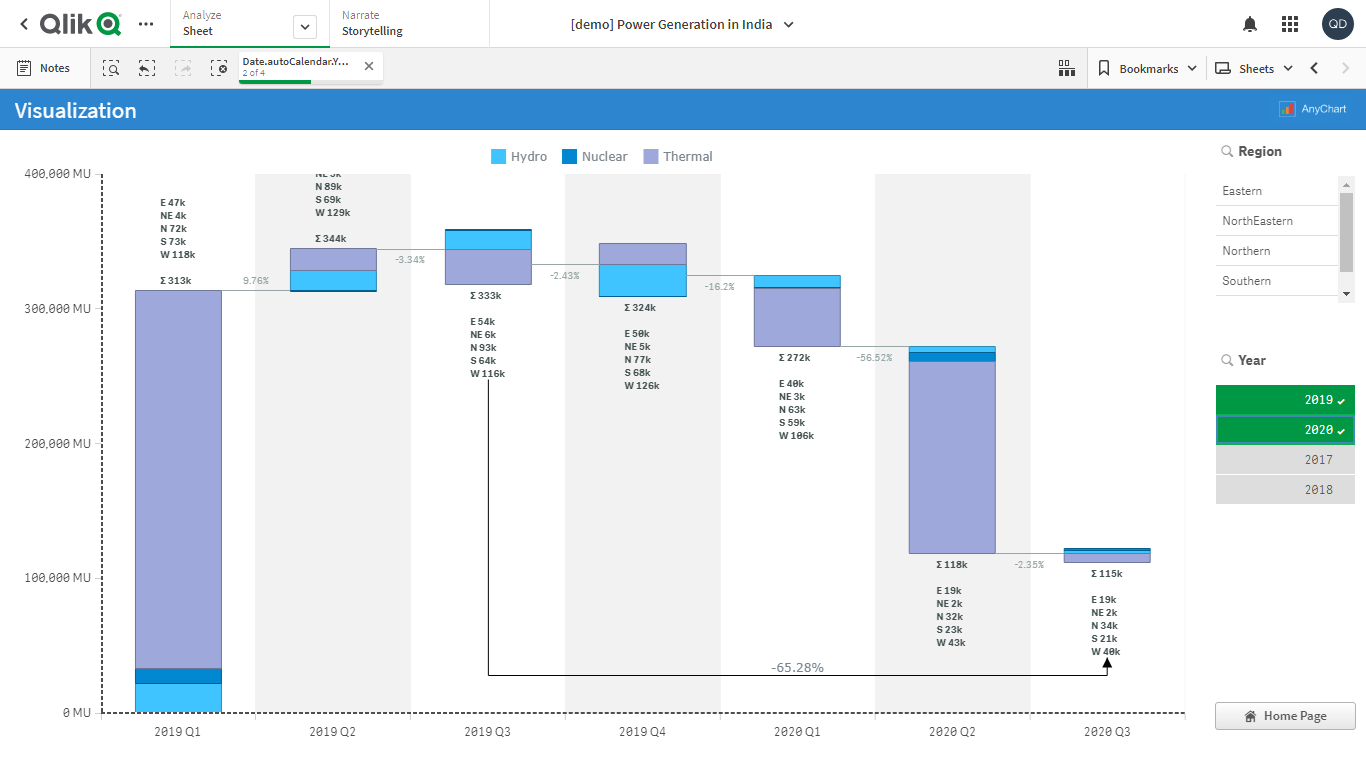 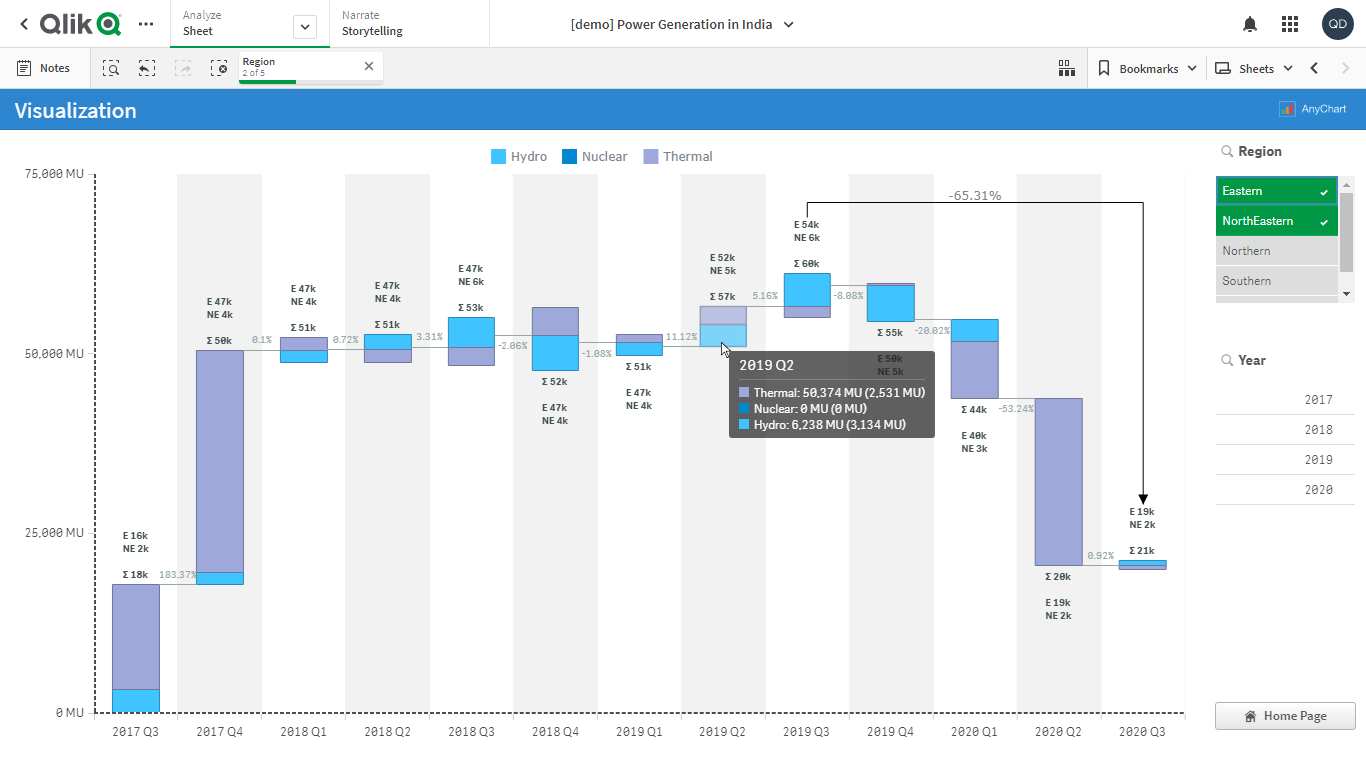 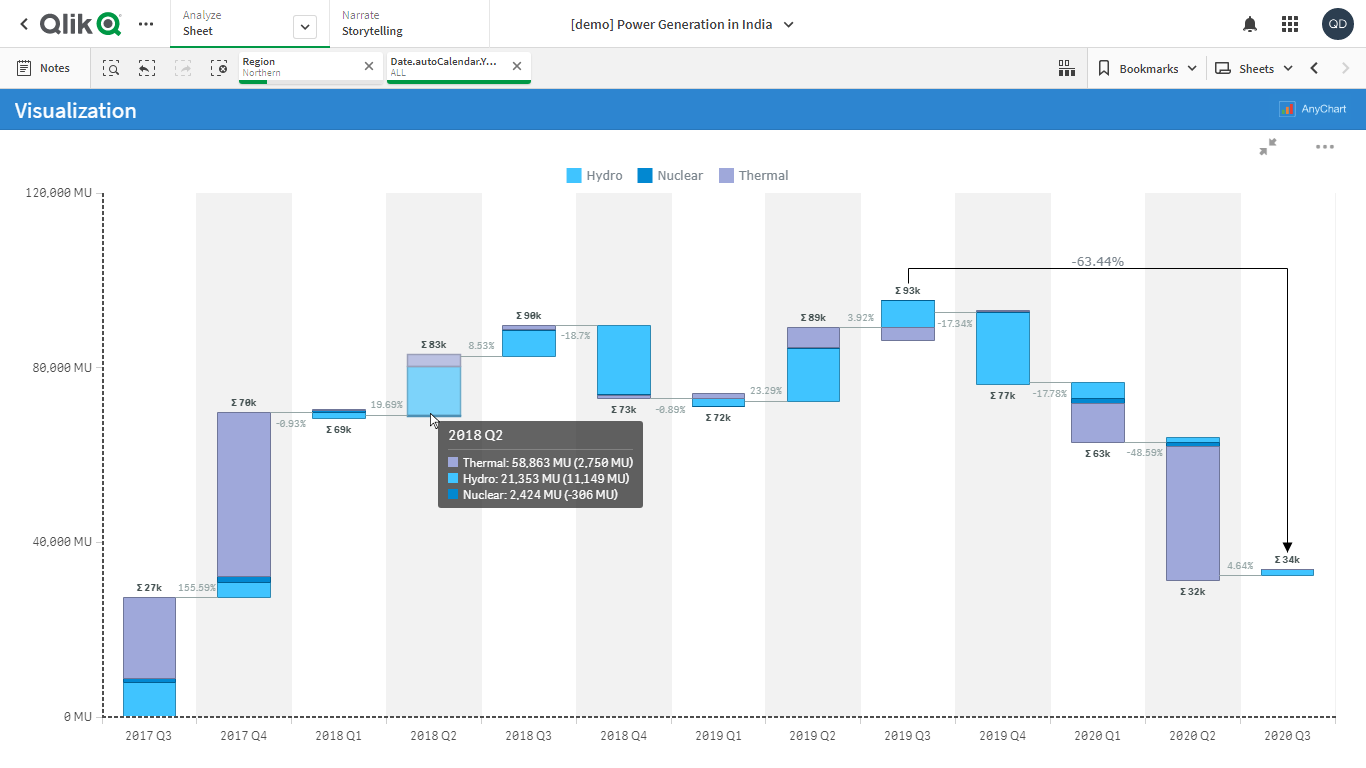 Run a quick visual analysis of power generation from thermal, nuclear, and hydro energy sources in India over the last few years — based on data delivered by the country’s Central Electricity Authority through the National Power Portal. Track quarterly changes in the amount of electricity produced, overall or by type. Locate the increments and decrements that have the biggest effect nationwide and in individual regions.

This application features an Advanced Waterfall Chart built with the AnyChart extension for Qlik Sense. The dataset is derived from the reports on daily power generation in India (by different types of non-renewable power sources), which are publicly available online.