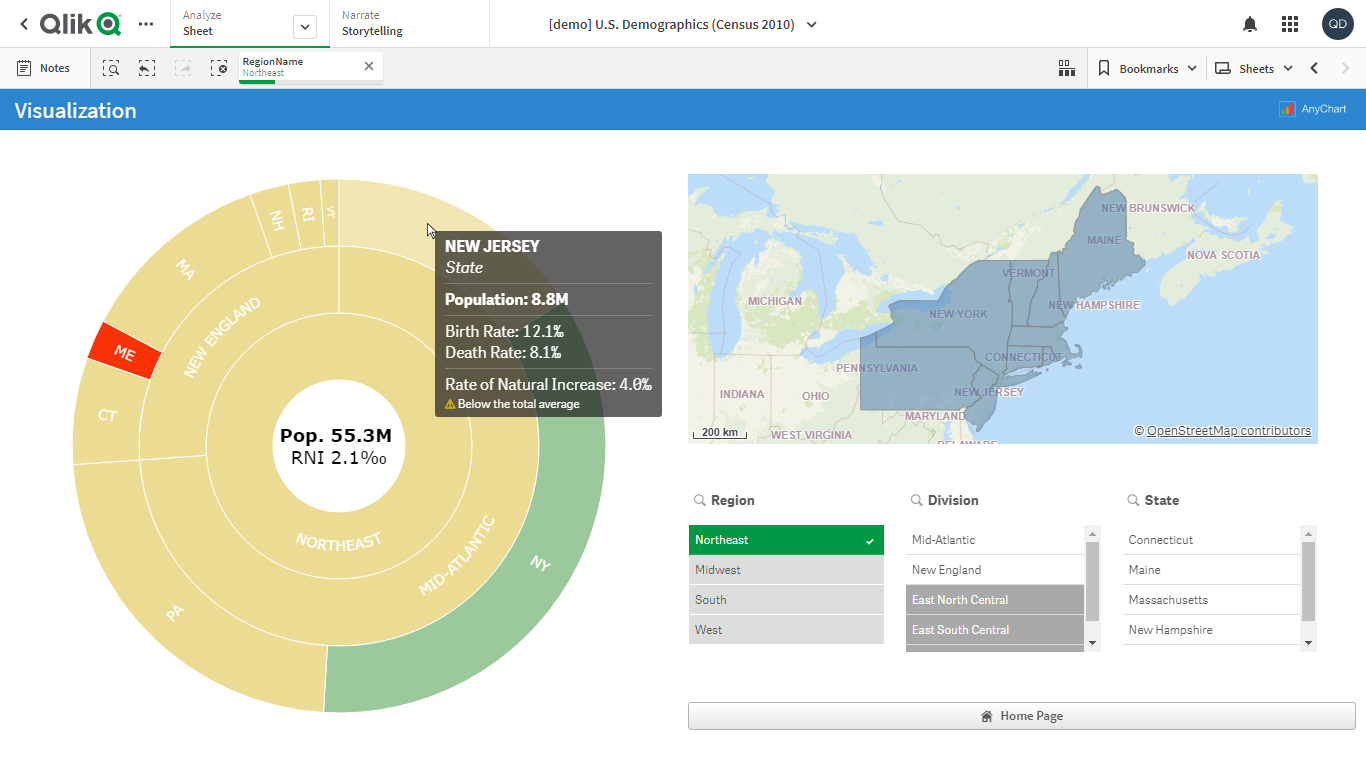 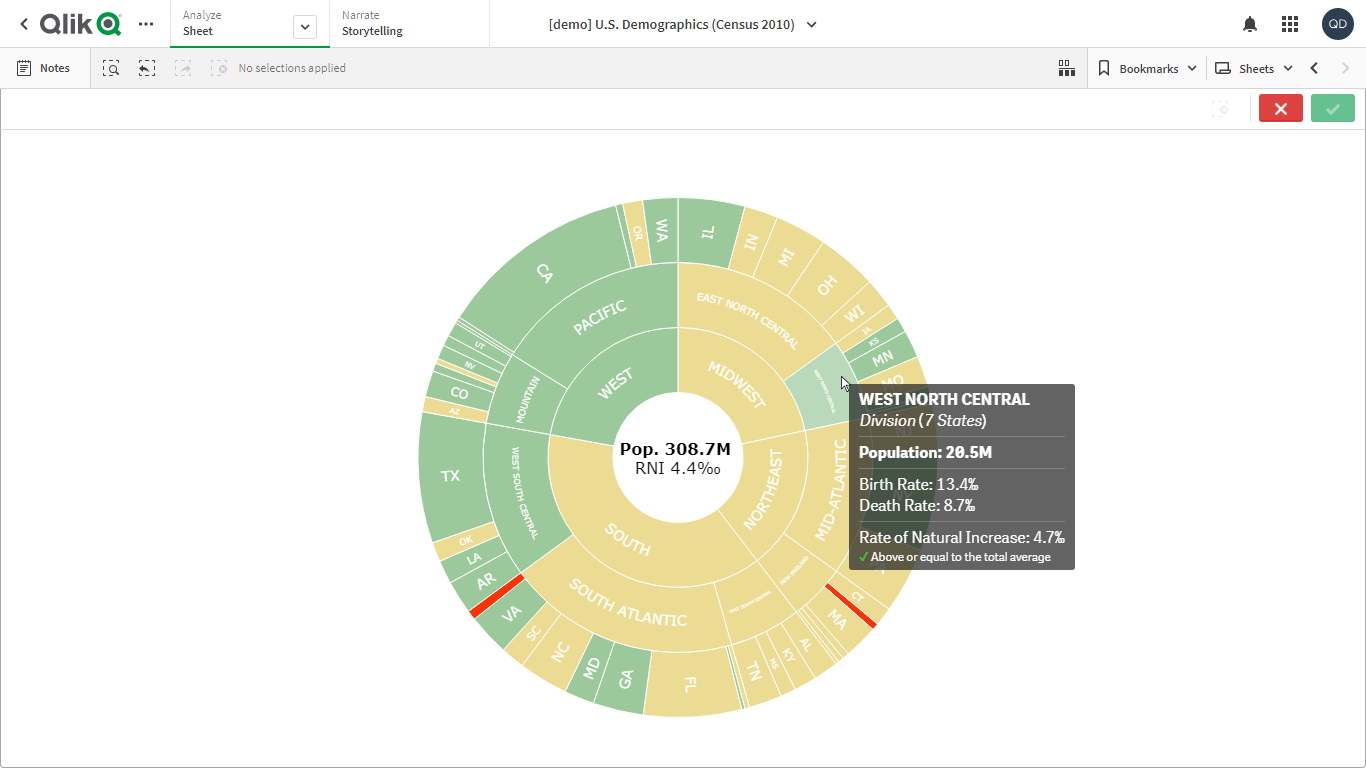 Get a bird's-eye view of the U.S. population trends revealed by key demographic statistics from the 2010 Census — across states, divisions, and regions. Just at a glance, compare the territories by the size of population and recognize where it grows slower than the national average or even declines. Drill down to different levels. Hover over to check the exact counts along with the rates of birth, death, and natural increase.

This application features a Sunburst Chart built with the AnyChart extension for Qlik Sense. The dataset is derived from Kaggle. It contains demographic data from the 2010 United States Census.