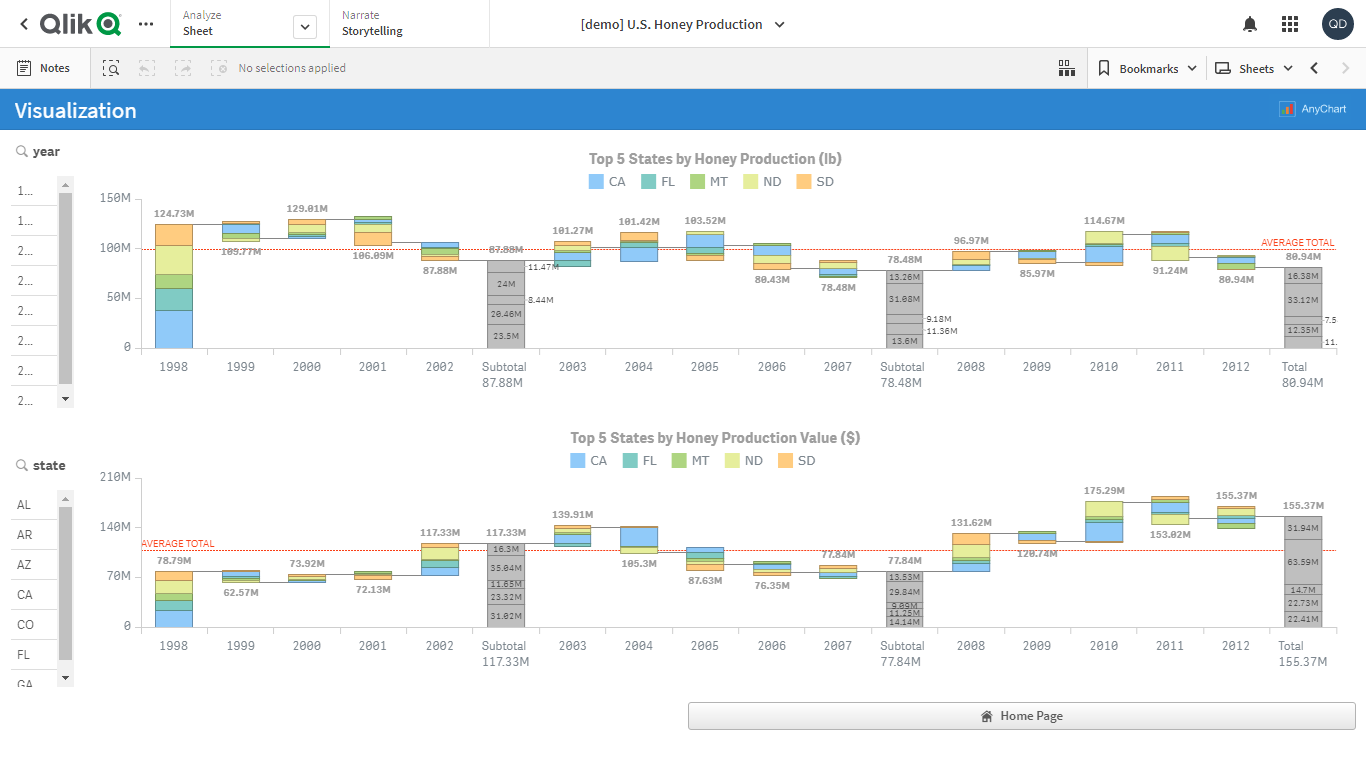 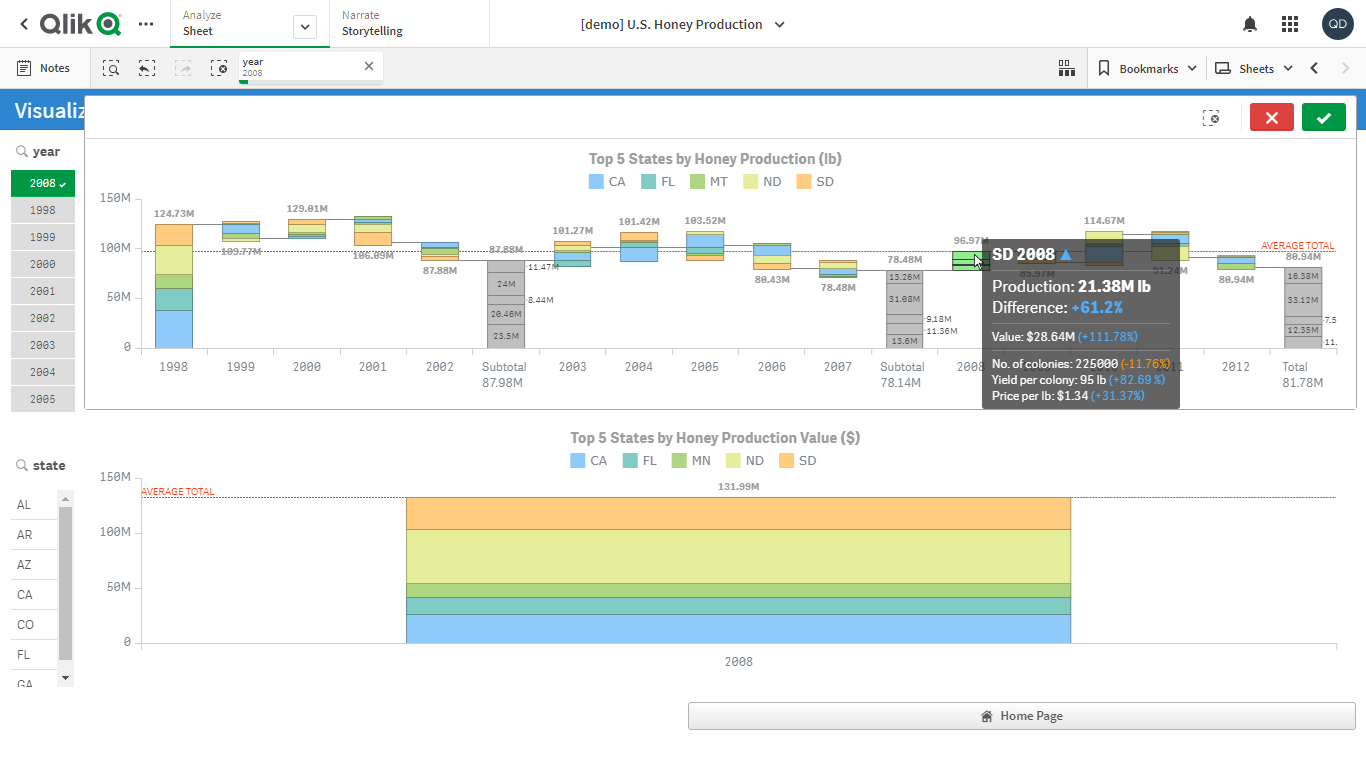 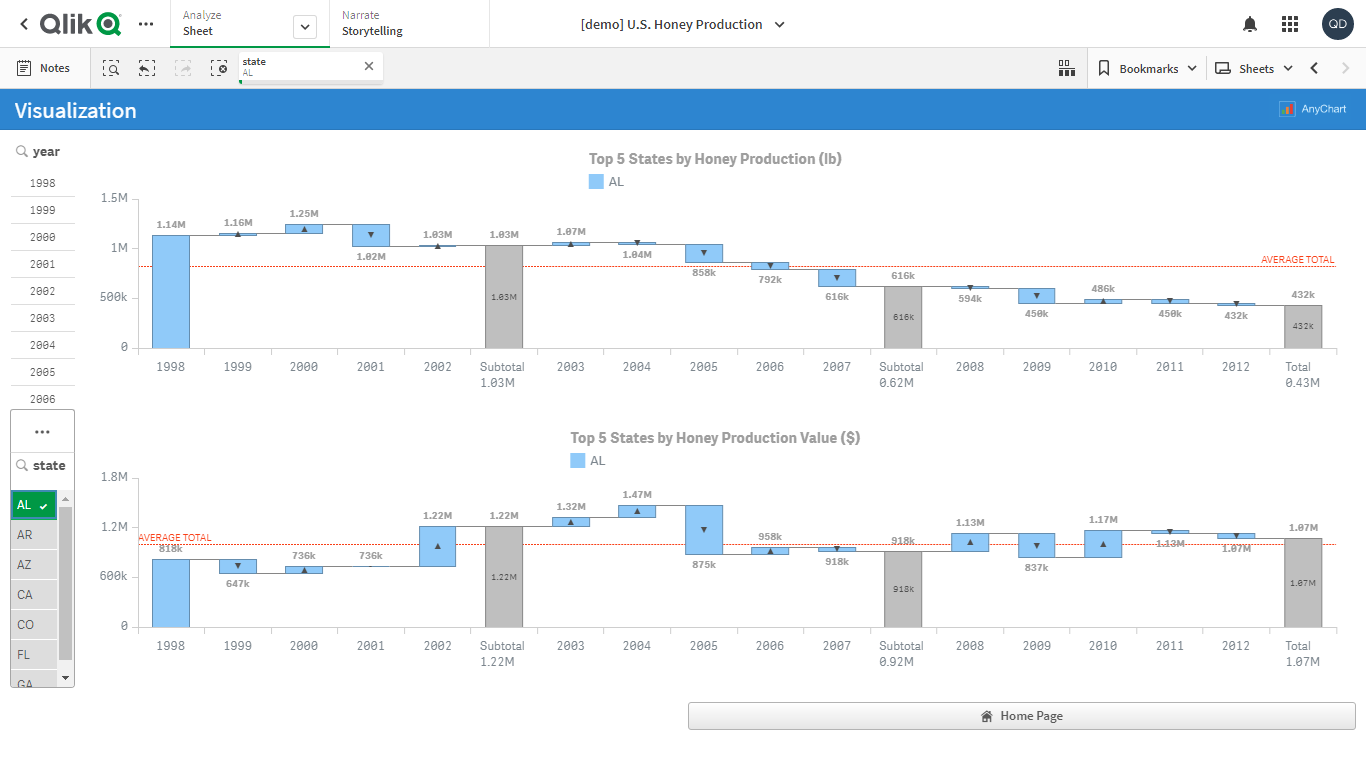 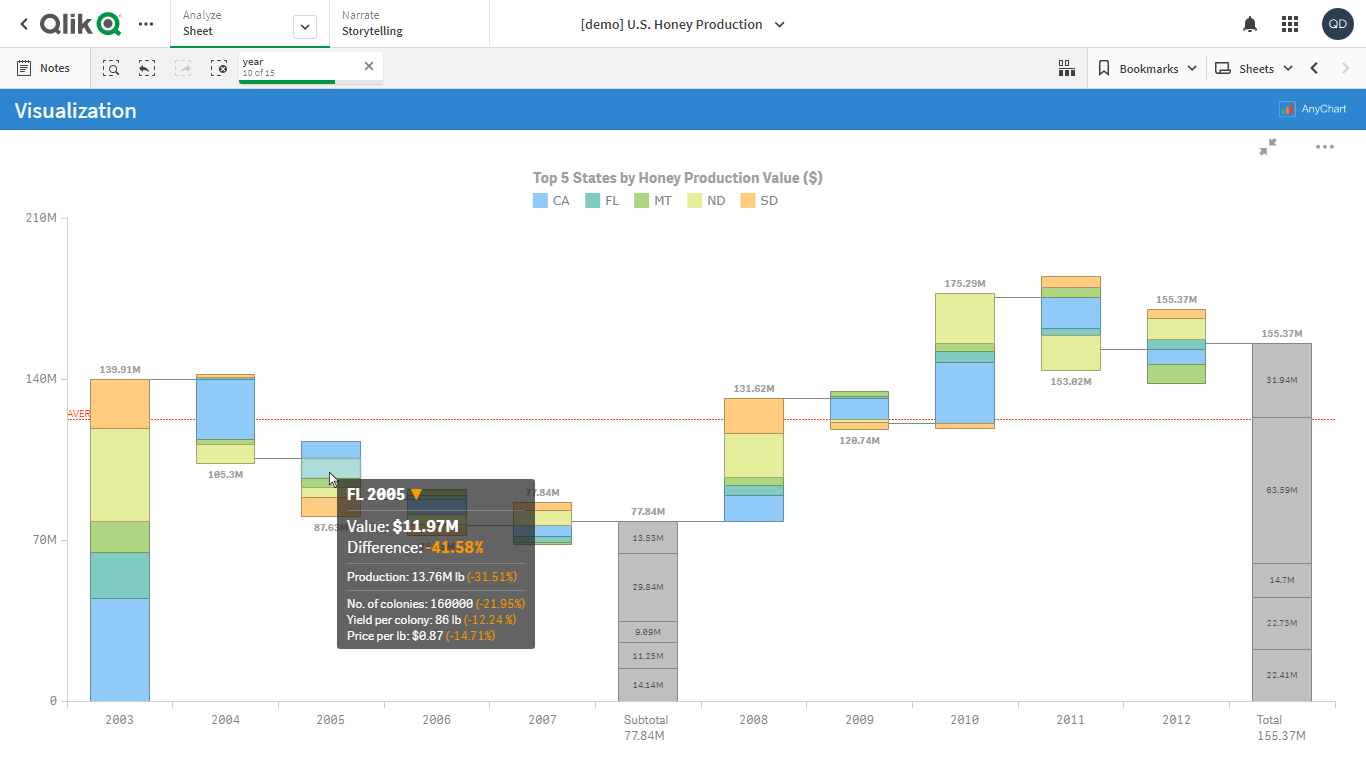 Gain rich insight into the volume and value of honey production across the United States of America as officially reported by the USDA’s National Agricultural Statistics Service. Know which states output the most honey. Instantly figure out and look into increases and declines in their contributions year by year. Focus on certain states or periods at a click by making use of the appropriate filters.

This application features an Advanced Waterfall Chart built with the AnyChart extension for Qlik Sense. The dataset is derived from the publicly available reports on honey production in the United States, provided by the National Agricultural Statistics Service (NASS).